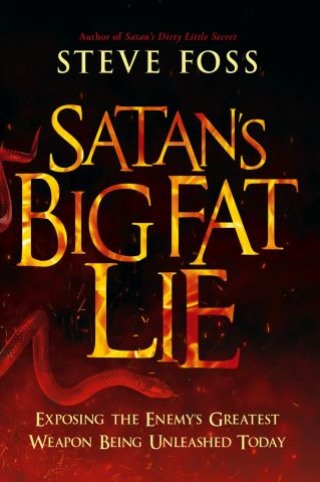 Have you ever wondered what Satan’s biggest weapon against God’s people is?

This book is going to help me understand shame as the root spirit that the enemy has unleased to control, dominate, manipulate, and demoralize God’s people. No longer will I be bound to the enemy’s tactics as I begin to set my eyes on the things that Jesus cares most deeply about.

During one of his most intense spiritual battles, international evangelist Steve Foss received a series of prophetic dreams and visions that exposed the key weapon the enemy is using against God’s people—shame.

Believers are ashamed of past mistakes. Churches are being shamed for standing for the gospel. Brother is turning against brother as the culture shames those who don’t walk in lockstep with their agenda. Cancel culture itself is a way of shaming people into submission to the status quo. Shame is transforming our culture into a godless, sin-celebrating society.

Shame was the final attack upon Jesus when He was on the cross, and it was designed to keep Him from fulfilling His destiny. But God has given His people a more powerful weapon to overcome the enemy’s attacks. We just have to learn how to use it.

In Satan’s Big Fat Lie, Foss exposes Satan’s great end-time strategy and how Christians can war against it. Shame is that great demon power the enemy has unleashed to control, dominate, manipulate, and demoralize God’s people. But discovering what Jesus is focused on will empower us to overcome and walk in perfect peace in the midst of the chaos of this world.