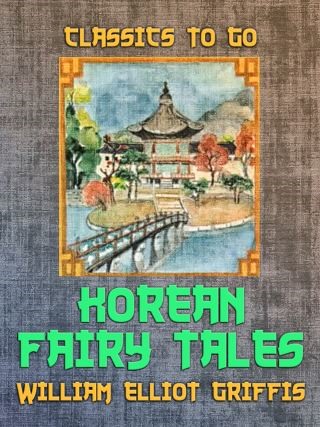 Excerpt: "Everywhere on earth the fairy world of each country is older and perhaps more enduring than the one we see and feel and tread upon. So I tell in this book the folk lore of the Korean people, and of the behavior of the particular kind of fairies that inhabit the Land of Morning Splendor. Yet, if I live long enough, I shall write the wonderful history of the Korean nation and civilization, which once so enriched Asia, and made possible the modern Japan such as we know today, of which fact the literature and art of both countries bear ample witness."

William Elliot Griffis: William Elliot Griffis (September 17, 1843 – February 5, 1928) was an American orientalist, Congregational minister, lecturer, and prolific author. Griffis was born in Philadelphia, Pennsylvania, the son of a sea captain and later a coal trader. During the American Civil War, he served two months as a corporal in Company H of the 44th Pennsylvania Militia after Robert E. Lee invaded Pennsylvania in 1863. After the war, he attended Rutgers University at New Brunswick, New Jersey, graduating in 1869. At Rutgers, Griffis was an English and Latin language tutor for Tarō Kusakabe, a young samurai from the province of Echizen (part of modern Fukui, Japan). After a year of travel in Europe, he studied at the seminary of the Reformed Church in America in New Brunswick (known today as the New Brunswick Theological Seminary).