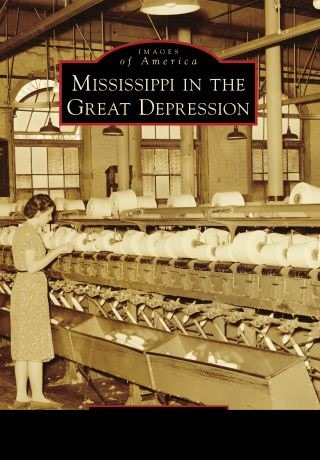 Mississippi in the Great Depression

By the time the Great Depression was well underway, Mississippi was still dealing with the lingering effects of the flood of 1927 and the Mississippi Valley drought of 1930. As Pres. Franklin Roosevelt took office in 1933, Mississippi senator Pat Harrison, chair of the Senate Committee on Finance, oversaw the passage of major New Deal legislation, from which Mississippi reaped many benefits. Other Mississippi politicians like Gov. Mike Connor initiated measures to improve the treatment of inmates at Parchman Prison in the Delta and Gov. Hugh White established the Balancing Agriculture with Industry initiative. Women also played an active role. The Natchez Garden Club successfully spurred tourism by starting the state's first pilgrimage in 1932. Mississippians found employment through the Public Works Administration and the Civilian Conservation Corps, which stimulated economic development through new and add-on construction in urban and rural areas and the construction of nine state parks. For black Mississippians, segregation and discrimination in New Deal benefits and jobs continued, but what they did receive from the federal government spurred a determination to fight for equality in the Jim Crow South.

Richelle Putnam: Lifelong Mississippian Richelle Putnam is an award-winning author, a Mississippi Arts Commission teaching artist, and a Mississippi Humanities speaker. Images of America: Mississippi in the Great Depression reveals the politics, the economy, the places, and the people persevering the nation's most trying economic era.