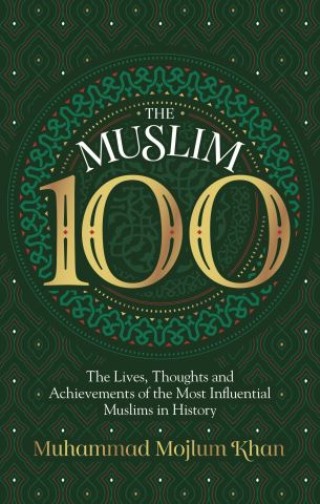 The Lives, Thoughts and Achievements of the Most Influential Muslims in History

"It is rare to see a publication which includes personalities from both Shia and Sunni schools of thought and which is so much needed in today's turbulent world. This book, I believe will . . . enrich our understanding of not only the historical but the contemporary history of the Muslim."—Ahmed J. Versi, chief editor of The Muslim News (London)

Who have been the Muslim world's most influential people? What were their ideas, thoughts, and achievements? In one hundred short and engaging profiles of these extraordinary people, fourteen hundred years of the vast and rich history of the Muslim world is unfolded. For anyone interested in getting an intimate view of Islam through its kings and scholars, generals and sportsmen, architects and scientists, and many others—this is the book for you.

Muhammad Mojlum Khan: Muhammad Mojlum Khan is an award-winning British writer, literary critic and research scholar. He has published more than 200 essays and articles worldwide. He is the author of several internationally acclaimed books including The Muslim Heritage of Bengal (2013), Great Muslims of the West: Makers of Western Islam (2017) and Muslims in British India: Life and Times of Nawab Abdul Latif C.I.E. (forthcoming). He is a Fellow of The Royal Asiatic Society of Great Britain and Ireland Member of The Royal Historical Society and Founding Director of Bengal Muslim Research Institute UK.