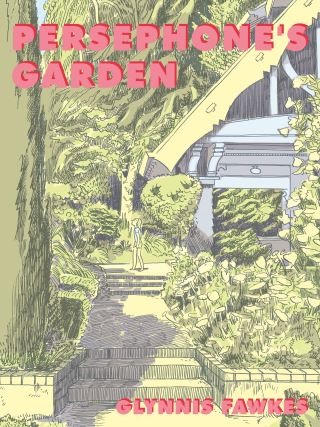 A children’s song inspires a love of Greek mythology in a young girl. A young woman finds a career in archeology and illustration. A young mother sees her daughter become a woman, as her own mother’s memories are lost. Persephone’s Garden is a deeply personal story and an inventive study of girlhood, womanhood and motherhood, through memory, history and mythology.

Glynnis Fawkes: Glynnis Fawkes is a cartoonist and archaeological illustrator. Her comics for MuthaMagazine were nominated for an Ignatz Award at the Small Press Expo in 2016. Recently her work has appeared on The New Yorker.com and in the magazine. Her latest book, Reign of Crumbs, is available from Kilgore Books. Her Greek Diary was shortlisted for the Slate Cartoonist Studio Prize for Best Online Comic and won a silver medal at the Society of Illustrators MoCCA Arts Festival in 2017. In April 2016, her book Alle Ego also won the MoCCA Arts Festival Award for Excellence. She has illustrated several academic books (Three Stones Make a Wall, Kinyras: the Divine Lyre, The Book of Greek and Roman Folktales, Legends, and Myths) and worked extensively as illustrator on archaeological projects in Greece, Cyprus, Turkey, Lebanon, and Israel. A Fulbright Fellowship to Cyprus allowed her to publish Archaeology Lives in Cyprus (Hellenic Bank, Nicosia 2001), a book of paintings, and Cartoons of Cyprus (Moufflon Publications, Nicosia, 2001). She was named among the Best American Comics Notables in 2012 and 2013 and won a Sequential Artists Workshop grant in 2013. She lives in Burlington with her music archaeologist/classics professor husband and two children.