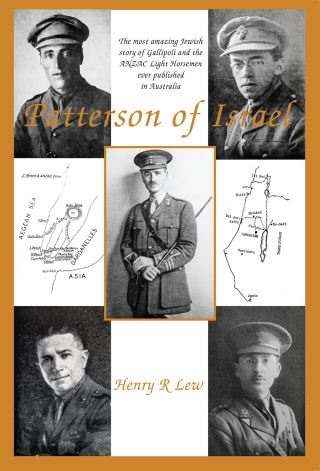 The most amazing Jewish story of Gallipoli and the ANZAC Light Horsemen ever published in Australia.
John Henry Patterson (1867-1947) was a non-Jewish British army officer who sought to help the Jews to create a Jewish state in Palestine. He was involved with such major figures as Vladimir Jabotinsky and Trumpledor.
Jabotinsky and Patterson also believed that Jews, within the boundaries of a Jewish state in Palestine, would treat peaceful minorities with much more compassion and tolerance than they themselves would be treated if they attempted to be the peaceful minority.