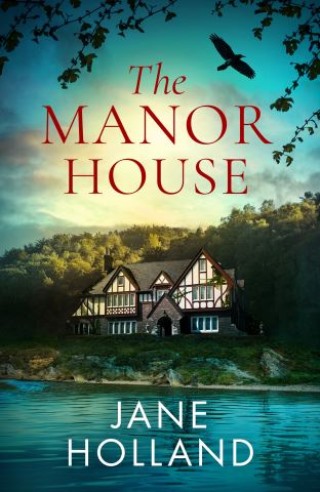 An unputdownable and gripping dual timeline novel set in Cornwall

'Had me right from the first line!' FIVE STARS

1963. When Eleanor meets famous young poet, Lyndon Chance, he offers a way to flee her abusive father. In return, she must pretend to be Lyndon's wife. He takes her home to a Tudor manor on the Camel Estuary in Cornwall, where she finds herself in the middle of a feud between Lyndon and his twin brother, Oliver. It's soon clear that the old house hides many dark secrets. But could they be a threat to Eleanor?

Now. Taylor has come to idyllic Cornwall to research for her Master's thesis, combining her love for conservation with a personal interest in Chance's poetry. Haunted by her own tragic past, Taylor finds Chance's notoriety fascinating. If only the poet's grandson, Julius, wasn't so determined to thwart her attempts to uncover his family secrets.

As Eleanor realises she's out of her depth at Estuary House, drawn to Lyndon like a moth to a flame, Taylor and Julius must fight their own attraction - but could shadows from the past tear them all apart?

Jane Holland is a Gregory Award-winning poet and bestselling novelist. Her thriller GIRL NUMBER ONE hit #1 in the UK Kindle store in 2015, and again in 2018. Her latest novel is THE HIVE, a dark psychological thriller. You can find her on Twitter as @janeholland1

Her first novel KISSING THE PINK (Sceptre) was based on the women's Pro Snooker circuit, where she herself was a champion player ranked 24th in the world before being banned for life for 'bringing the game into disrepute'. Since turning from sport to writing, she's published dozens of novels with major publishing houses under various pseudonyms, including: Beth Good, Victoria Lamb, Elizabeth Moss, Hannah Coates, and JJ Holland.

She also writes practical writing manuals such as Writing Prompts for Thriller Writers, along with a sister book for Romance Writers, and other non-fiction books, including a new 'Dreams Journal' for complex dream interpretation.