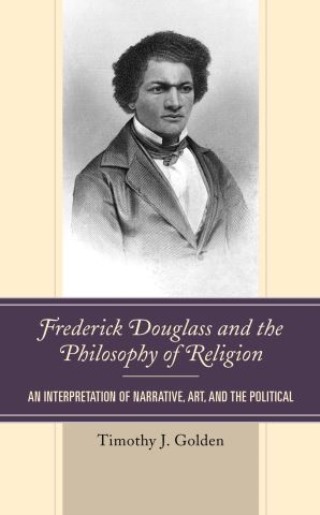 Frederick Douglass and the Philosophy of Religion

An Interpretation of Narrative, Art, and the Political

Frederick Douglass and the Philosophy of Religion: An Interpretation of Narrative, Art, and the Political addresses Douglass’s narrative method and the reformed epistemology of analytic theism within the context of Incarnational theology. Timothy J. Golden argues that in this context, Douglass’s use of narrative maintains a robust moral, social, and political engagement—and thus a closer connection to an authentic Christian theology—in a way that analytic theism does not. To show this contrast, Golden presents existential and phenomenological interpretations of Douglass, reading him alongside Kierkegaard, Kafka, and Levinas. Golden concludes the book with reflection on how Douglass’s Incarnational theology connects to his future philosophical and theological work, which understands consciousness (subjectivity) as saturated in time understood as history. Golden argues that the resulting view of consciousness helps to overcome abstraction in a variety of philosophical subfields, including jurisprudence and gender studies.