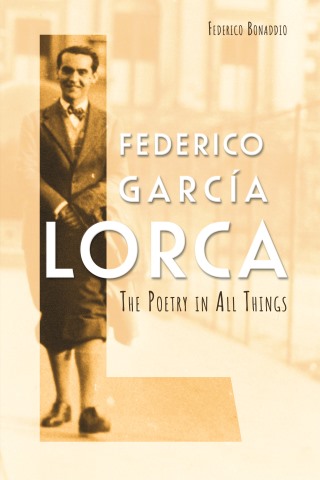 The Poetry in All Things

Feted by his contemporaries, Federico García Lorca's status has only grown since his death in 1936: poet, playwright, political martyr, gay icon, champion of women, defender of the oppressed. This book shows just why his fame has endured, through an exploration of Lorca's most popular works: his book of ballads with its distinctly Andalusian setting; the angst-ridden poems he wrote during a period of residence in New York; and finally, his trilogy of tragic plays-Blood Wedding, Yerma and The House of Bernarda Alba-with their focus on the lives of women in Spain's rural communities. Via a combination of close reading and historical contextualization, the book guides readers through these works' key themes and concerns, all the while elucidating the significance of Lorca's choice of subject in the particular historical moment.

Organized around three main topics-Andalusia's Romani people, the idea of modernity and the condition of women in Spain- the book demonstrates how Lorca applied his poetic sensibilities and lyrical craft to what were, in essence, tangible, real-life issues. What becomes evident is that, even though he was writing at a time when many writers and artists were less inclined to deal directly with the things of the world, Lorca maintained a profound interest in the human subject and in the world around him. It is this interest, the book argues, in tandem with his poetic vision and craft, that ensured his most popular works' enduring, universal appeal.

Federico Bonaddio: FEDERICO BONADDIO is Reader in Modern Spanish Studies at King's College, London and has written on Spanish poetry, prose and film. He is editor of A Companion to Federico García Lorca (2007) and author of Federico García Lorca: The Poetics of Self-Consciousness (2010), both published by Tamesis.