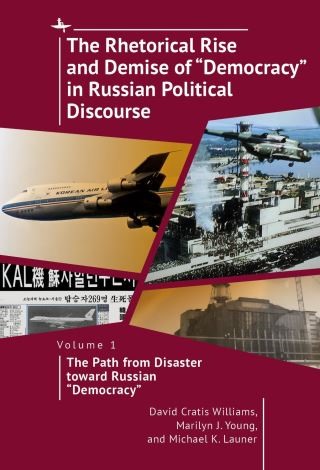 The Rhetorical Rise and Demise of “Democracy” in Russian Political Discourse, Vol I

The Path from Disaster toward Russian “Democracy”

The essays in this book examine the arguments and rhetoric used by the United States and the USSR following two catastrophes that impacted both countries, as blame is cast and consequences are debated. In this environment, it was perhaps inevitable that conspiracy theories would arise, especially about the downing of Korean Air Lines Flight 007 over the Sea of Japan. Those theories are examined, resulting in at least one method for addressing conspiracy arguments. In the case of Chernobyl, the disaster ruptured the “social compact” between the Soviet government and the people; efforts to overcome the resulting disillusionment quickly became the focus of state efforts.

David Cratis Williams: David Cratis Williams is Professor of Communication and Rhetorical Studies at Florida Atlantic University. His scholarship focuses on argumentation, rhetorical theory, and criticism; he is a recognized authority on Kenneth Burke. His work on Russian political discourse began during a meeting in Russia in January 1992.|||Marilyn J. Young is the Wayne C. Minnick Professor of Communication Emerita at Florida State University. Her research has focused on political argument with an emphasis on the development of political rhetoric and argument in the former Soviet Union, particularly Russia. She remains an active scholar in retirement.|||Michael K. Launer is Professor Emeritus of Russian at Florida State University. In 1987 he interpreted for the first group of Soviet scientists visiting the US following Chernobyl. A State Department certified technical interpreter, he supported Nuclear Regulatory Commission and Department of Energy assistance programs through 2012.