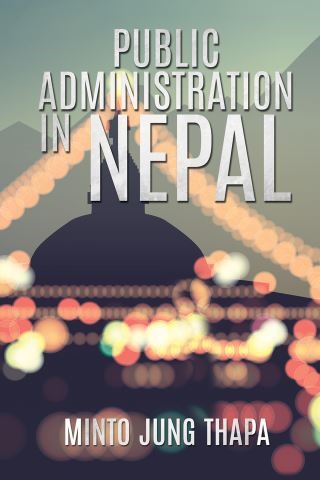 A Survey of Foreign Advisory Efforts For the Development of Public Administration in Nepal: 1951-74

Nepal as a nation-state was established in 1769 by King Prithvi Narain Shah. He was then a ‘Raja’ of the tiny hill-state of Gorkha in western Nepal. He unleashed a dormant national energy that saw the creation of a Hindu Kingdom of the Himalayas that was separate and distinct from both India, which was under British Rule (British Raj) in the south, and Tibet, which was within the ambit of the Chinese Empire in the north. In this work, Minto Jung Thapa looks at the efforts to develop the public administration system of the country following the ‘revolution’ of 1951 that ended the century of family autocracy of the Rana Prime Ministers. He places these efforts in the context of the constitutional and political changes that Nepal experienced from 1950 to 1974. He is always reminded of the words of philosopher George Santayana, “Those who do not remember the past, or who do not learn from history, are condemned to repeat it.” Public Administration in Nepal covers many topics including politics and administration, the civil service, personnel administration, organisation and methods, institution-building, and the challenges of transnational inducement of change and development.

Minto Jung Thapa: Minto Jung Thapa received his B.Sc. Econ (International Relations) from the London School of Economics (1969) and his M.A. and Ph.D. (Government and Administration) from the Claremont Graduate School in California (1973 and 1976). As a journalist he was a Political Columnist and Editor with the Himali Bela English language daily in Nepal. He received a Diploma from the International Institute for Journalism in Berlin in 1971. He studied Human Rights as a Visiting Scholar at Columbia University in the City of New York (1994/95). He joined UNICEF (the United Nations Children’s Fund) in 1978 and served in a variety of assignments in South and South East Asia, the Middle East and New York HQ. He is now retired.