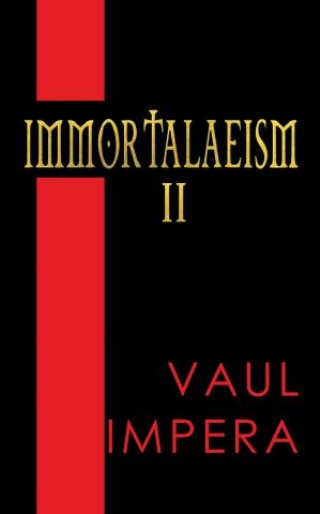 Immortalaeism II provides a book of application for power itself, and it also provides a book of application to the notions of eternal life and immortality. By crowning the series this far with a second book of Immortalae, which is the treatise of heroism, Vaul Impera provides a personal reality, where all of his philosophy and spiritualism may be applied; the idea of immortality itself. Combining the skill of power itself, given by a series of visions with the knowledge of immortality, Vaul pours this series together into the mould of an immortal man, as constant in the Universe as time, or justice. He foretells of the immortal man, a creation of the spiritual-philosophy he has written, Immortalaeism.