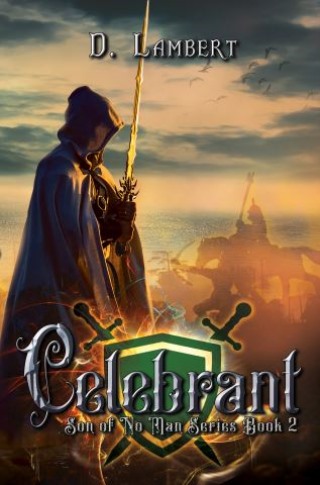 The line between enemy and ally blurs…
Tohmas Galanth has arrived in the north, outnumbered on every front. To survive his commitments to his besieged uncle, he must defeat the hoards, but DoomDragon is no easy foe and his battles are fought in steady retreat.
To end the decade-long war, Tohmas must survive assassinations, betrayals, spies, and the crumbling morale of his trapped men. His staunchest allies will become his greatest threats as the winter looms.

D. Lambert: At a young age, Deborah's rampant imagination kept her up, lending great detail to all the terrible things lurking in the night. In desperation one night, her mother suggested she invent her own stories to distract her brain. She has been doing that since, channelling her ideas into mainly sword and sorcery-style fantasy novels and shorts. In her other life, Deborah is a veterinarian. She lives in Sooke, BC, Canada, with her husband of 10+ years, their son, and three demanding felines.