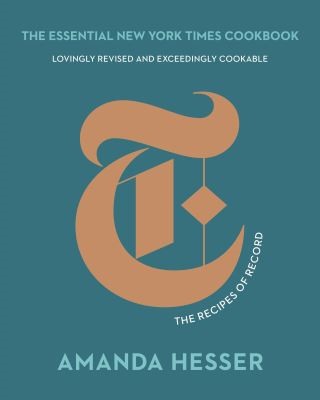 Ten years after the phenomenal success of her once-in-a-generation cookbook, former New York Times food editor Amanda Hesser returns with an updated edition for a new wave of home cooks. She has added 120 new but instantly iconic dishes to her mother lode of more than a thousand recipes, including Samin Nosrat’s Sabzi Polo (Herbed Rice with Tahdig), Todd Richards’s Fried Catfish with Hot Sauce, and J. Kenji López-Alt’s Cheesy Hasselback Potato Gratin. Devoted Times subscribers as well as newcomers to the paper’s culinary trove will also find scores of timeless gems such as Purple Plum Torte, David Eyre’s Pancake, Pamela Sherrid’s Summer Pasta, and classics ranging from 1940s Caesar Salad to modern No-Knead Bread. Hesser has tested and adapted each of the recipes, and she highlights her go-to favorites with wit and warmth. As Saveur declared, this is a “tremendously appealing collection of recipes that tells the story of American cooking.”

Amanda Hesser: Amanda Hesser is cofounder and CEO of Food52, as well as a former New York Times food editor and the author of several award-winning books, including Cooking for Mr. Latte. She lives in Brooklyn with her family.