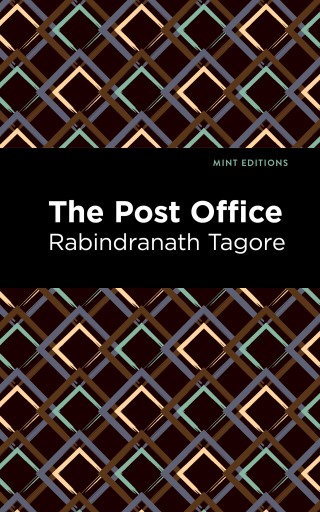 The Post Office (1914) is a play by Rabindranath Tagore. Published following his ascension to international fame with the 1912 Nobel Prize in Literature, the play was introduced to an international audience by W. B. Yeats. When the Irish poet discovered Tagore’s work in translation, he felt an intense kinship with a man whose work was similarly grounded in spirituality and opposition to the British Empire. Brought to Dublin’s Abbey Theatre in 1913, The Post Office remains one of Tagore’s most influential literary works. “The doctor says all the organs of his little body are at loggerheads with each other, and there isn't much hope for his life. There is only one way to save him and that is to keep him out of this autumn wind and sun.” Under doctor’s orders, Amal is confined to his uncle’s home and courtyard, encouraged in his studies despite his desire to experience the world beyond books. Standing at the front gate, he watches life pass him by along the road, speaking with whoever will stop to listen. When construction begins on a new post office nearby, Amal dreams of one day serving as a messenger for the king. With a beautifully designed cover and professionally typeset manuscript, this edition of Rabindranath Tagore’s The Post Office is a classic of Indian literature reimagined for modern readers.

Rabindranath Tagore (1861-1941) was an Indian poet, composer, philosopher, and painter from Bengal. Born to a prominent Brahmo Samaj family, Tagore was raised mostly by servants following his mother’s untimely death. His father, a leading philosopher and reformer, hosted countless artists and intellectuals at the family mansion in Calcutta, introducing his children to poets, philosophers, and musicians from a young age. Tagore avoided conventional education, instead reading voraciously and studying astronomy, science, Sanskrit, and classical Indian poetry. As a teenager, he began publishing poems and short stories in Bengali and Maithili. Following his father’s wish for him to become a barrister, Tagore read law for a brief period at University College London, where he soon turned to studying the works of Shakespeare and Thomas Browne. In 1883, Tagore returned to India to marry and manage his ancestral estates. During this time, Tagore published his Manasi (1890) poems and met the folk poet Gagan Harkara, with whom he would work to compose popular songs. In 1901, having written countless poems, plays, and short stories, Tagore founded an ashram, but his work as a spiritual leader was tragically disrupted by the deaths of his wife and two of their children, followed by his father’s death in 1905. In 1913, Tagore was awarded the Nobel Prize in Literature, making him the first lyricist and non-European to be awarded the distinction. Over the next several decades, Tagore wrote his influential novel The Home and the World (1916), toured dozens of countries, and advocated on behalf of Dalits and other oppressed peoples.