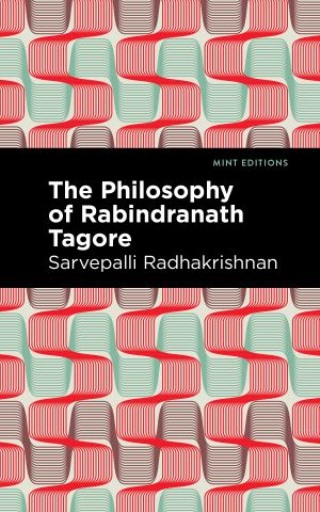 The Philosophy of Rabindranath Tagore

The Philosophy of Rabindranath Tagore (1918) is an academic study by Sarvepalli Radhakrishnan. Published at the beginning of his career as one of India’s leading professors of comparative religion, the work is a masterful investigation of the teachings of poet-philosopher Rabindranath Tagore. In 1913, Tagore was awarded the Nobel Prize in Literature, making him the first lyricist and non-European to be awarded the distinction. Over the next several decades, Tagore wrote his influential novel The Home and the World (1916), toured dozens of countries, and advocated on behalf of Dalits and other oppressed peoples. “Rabindranath’s teaching, with its vital faith in the redeeming power of the spiritual forces and their up-building energy, has a particular value at the present moment, when the civilized world is passing through the crucible of a ghastly war which, whether or not it purges the nations of their pride and hate, lust for gold and greed of land, at least proclaims, in no uncertain tones, the utter bankruptcy of materialism.” In this masterwork of twentieth century criticism, Sarvepalli Radhakrishnan explores the philosophical teachings of Rabindranath Tagore, a leading artist and intellectual of modern India. Divided into five chapters, the book explores the interrelation of poetry and philosophy in Tagore’s work, his influence on Indian culture, and the meaning of his contribution to the nations of the world. With a beautifully designed cover and professionally typeset manuscript, this edition of Sarvepalli Radhakrishnan’s The Philosophy of Rabindranath Tagore is a classic of Indian literature reimagined for modern readers.

Sarvepalli Radharishnan (1888-1975) was an Indian academic, philosopher, and politician. Upon graduating from Madras Christian College in 1911, he embarked on a career as a leading professor of comparative religion and philosophy at such institutions as the University of Mysore, the University of Calcutta, the University of Chicago, and the University of Oxford, where he was the first Indian to hold an academic chair. He specialized in the Adaita Vedanta school of Hindu philosophy and is credited with increasing understanding of Hinduism in the West. Late in life, he entered into politics and, despite having minimal experience in the Indian independence movement, became the first Vice President (1952-1962) and second President of India (1962-1967). He received numerous awards throughout his life, including the Bharat Ratna—India’s highest award for civilians—in 1954, and membership in the British Royal Order of Merit in 1963. His birthday, September 5th, is still celebrated as Teacher’s Day in India.