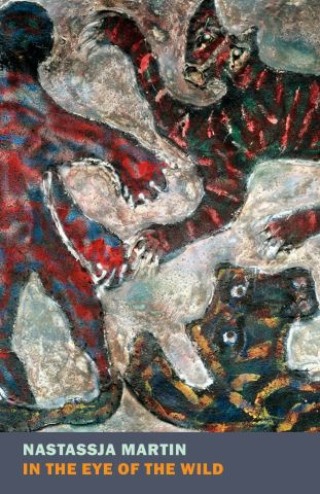 In the Eye of the Wild

After enduring a vicious bear attack in the Russian Far East's Kamchatka Peninsula, a French anthropologist undergoes a physical and spiritual transformation that forces her to confront the tenuous distinction between animal and human.

In the Eye of the Wild begins with an account of the French anthropologist Nastassja Martin’s near fatal run-in with a Kamchatka bear in the mountains of Siberia. Martin’s professional interest is animism; she addresses philosophical questions about the relation of humankind to nature, and in her work she seeks to partake as fully as she can in the lives of the indigenous peoples she studies. Her violent encounter with the bear, however, brings her face-to-face with something entirely beyond her ken—the untamed, the nonhuman, the animal, the wild. In the course of that encounter something in the balance of her world shifts. A change takes place that she must somehow reckon with.

Left severely mutilated, dazed with pain, Martin undergoes multiple operations in a provincial Russian hospital, while also being grilled by the secret police. Back in France, she finds herself back on the operating table, a source of new trauma. She realizes that the only thing for her to do is to return to Kamchatka. She must discover what it means to have become, as the Even people call it, medka, a person who is half human, half bear.

In the Eye of the Wild is a fascinating, mind-altering book about terror, pain, endurance, and self-transformation, comparable in its intensity of perception and originality of style to J. A. Baker’s classic The Peregrine. Here Nastassja Martin takes us to the farthest limits of human being.

Nastassja Martin: Nastassja Martin is a French author and anthropologist who has studied the Gwich-in people of Alaska and the Even people of the Kamchatka Peninsula. Along with In the Eye of the Wild, she has written Les Âmes sauvages: Face à l’Occident, la résistance d’un peuple d’Alaska, for which she received the Prix Louis Castex of the French Academy.

Sophie Lewis is an editor and a translator from French and Portuguese. She has translated works by Stendhal, Jules Verne, Marcel Aymé, Violette Leduc, Emmanuelle Pagano, and João Gilberto Noll, among others. Her translation of Noémi Lefebvre’s Blue Self-Portrait was short-listed for both the Scott Moncrieff Prize and the Republic of Consciousness Prize in 2018. She lives in London.