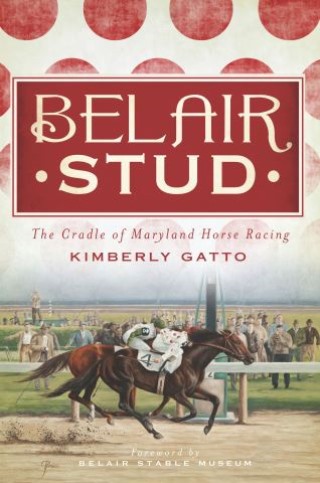 The Cradle of Maryland Horse Racing

From their opening in 1740 through the 1955 closing, Belair Stud Farm became known as one of the most important stables in American racing. Although the high-profile murder of the farms final owner, Billy Woodward, eventually forced the farm to close, it did produce an extraordinary number of winning horses throughout its expansive history. The farm claims three Kentucky Derbies, three Preakness Stakes, and six Belmont Stakes, winning titles in several prestigious English races. It remains one of two stables to have produced more than one Triple Crown winner, and it is also the only stable to have produced father-son Triple Crown winners. Its list of legendary thoroughbreds includes Gallant Fox, Omaha, Johnstown, Granville, and Nashua. However in addition to the history of champion thoroughbreds, there is a second history devoted to the many interesting people whose own stories are part of the Belair Stud farm, including Samuel and Benjamin Ogle, "Sunny" Jim Fitzsimmons, former slave Andrew Jackson, and even George Washington.