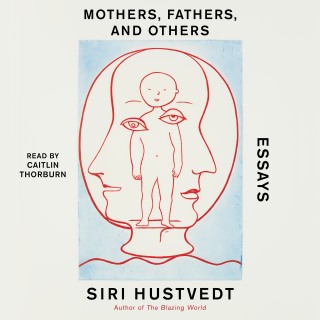 Mothers, Fathers, and Others

Feminist philosophy meets family memoir in this new essay collection from Siri Hustvedt, an exploration of the shifting borders that define human experience, including boundaries we usually take for granted—between ourselves and others, nature and nurture, viewer and artwork—which turn out to be far less stable than we imagine.

Described as “a 21st-century Virginia Woolf” in the Literary Review (UK), Man Booker longlisted Hustvedt displays her expansive intellect and interdisciplinary knowledge in this collection that moves effortlessly between stories of her mother, grandmother, and daughter to artistic mothers, Jane Austen, Emily Brontë, and Lousie Bourgeois, to the broader meanings of maternal in a culture shaped by misogyny and fantasies of paternal authority. Mothers, Fathers, and Others is a polymath’s journey into urgent questions about familial love and hate, human prejudice and cruelty, and the transformative power of art.

This moving, fierce, and often funny book is finally about the fact that being alive means being in states of constant, dynamic exchange with what is around us, and that the impulse to draw hard and fast conceptual borders where none exist carries serious theoretical and political dangers.

Siri Hustvedt: Siri Hustvedt, a novelist and scholar, has a PhD in English literature and is a lecturer in psychiatry at Weill Cornell Medical College. She is the author of a book of poems, seven novels, four collections of essays, and two works of nonfiction. She has published papers in various academic and scientific journals and is the recipient of numerous awards, including the prestigious Princess of Asturias Award for Literature, the European Charles Veillon Essay Prize, an American Academy of the Arts and Letters Award in Literature, and the Los Angeles Times Book Prize for Fiction for The Blazing World, which was also longlisted for the Man Booker Prize. She lives in Brooklyn, New York.