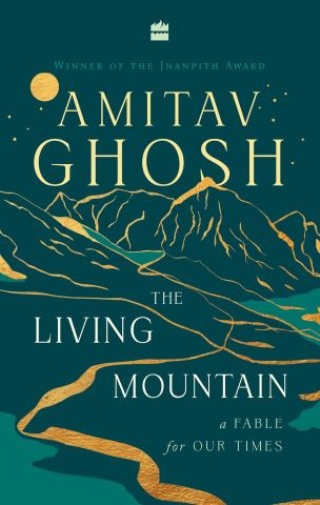 A new story from internationally renowned author Amitav Ghosh, The Living Mountain is a cautionary tale of how we have systematically exploited nature, leading to an environmental collapse.

Recounted as a dream, this is a fable about Mahaparbat, the Living Mountain; the indigenous valley dwellers who live and prosper in its shelter; the assault on the mountain for commercial benefit by the Anthropoi, humans whose sole aim is to reap the bounty of nature; and the disaster that unfolds as a result.

The Living Mountain is especially relevant today when we have been battling a pandemic and are facing a climate catastrophe: both of which are products of our insufficient understanding of mankind's relationship with nature, and our sustained appropriation and abuse of natural resources. This is a book of our times, for our times, and it will resonate strongly with readers of all ages.

Amitav Ghosh was born in Calcutta in 1956, and grew up in India, Bangladesh and Sri Lanka; he studied in Delhi, Oxford and Alexandria. He is the author of several acclaimed works of fiction and non-fiction including The Shadow Lines, The Glass Palace, The Hungry Tide, the Ibis Trilogy, Gun Island, The Great Derangement, The Nutmeg's Curse and Jungle Nama.

Amitav Ghosh's work has been translated into more than thirty languages. His essays have appeared in the New Yorker, the New Republic and the New York Times. He has been awarded and honoured across the world for his work. In 2019 Foreign Policy magazine named him one of the most important global thinkers of the past decade. The same year, the Jnanpith Award, India's highest literary honour, was conferred on him: he was the first English-language writer to receive it.