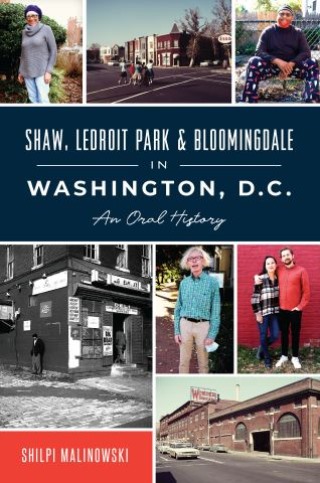 Let residents tell you what it's been like to live in D.C.'s most gentrified neighborhood. When Gretchen Wharton came to Shaw in 1946, the houses were full of families that looked like hers: lower-income, African American, two parents with kids. The sidewalks were full of children playing. When Leroy Thorpe moved in in the 1980s, the same streets were dense with drug markets. When John Lucier found a deal on a house in Shaw in 2002, he found himself moving into one of four occupied homes on his block. Every morning, he waited by himself on the empty platform of the newly opened metro station. When Preetha Iyengar became pregnant with her first child in 2016, she jumped into a seller's market to buy a rowhouse in the area. Journalist and Shaw resident Shilpi Malinowski explores the complexities of the many stories of belonging in the District's most dynamic neighborhood.

Shilpi Malinowski: Shilpi Malinowski is a reporter whose work has been published in the Washington Post, the New York Times and India Abroad. For the past two decades, she has been reporting on life in neighborhoods in D.C. and within the Indian American diaspora. With a background in anthropology, she investigates how people forge their identities and feel a sense of belonging as communities change around them. She lives in Shaw with her husband and two young sons and can often be found on neighborhood playgrounds. This is her first book.