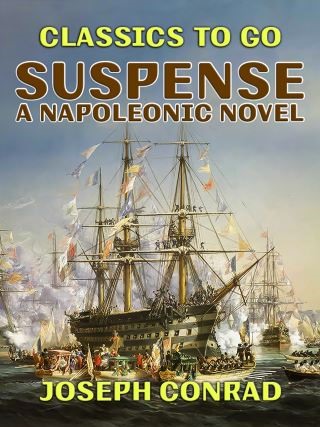 Conrad's last novel set in Genoa in early 1815. This is the story of Cosmo Latham, an Englishman and veteran of the late war against Napoleon, looking to see what he was unable to see earlier and perhaps even get a glimpse of the Emperor himself. But when he finds a girl from his youth, he finds that his emotions can get the better of him. (Google)

Joseph Conrad: Joseph Conrad (born Józef Teodor Konrad Korzeniowski); 3 December 1857 – 3 August 1924) was a Polish-British writer regarded as one of the greatest novelists to write in the English language. Though he did not speak English fluently until his twenties, he came to be regarded a master prose stylist who brought a non-English sensibility into English literature. Conrad wrote stories and novels, many with a nautical setting, that depict trials of the human spirit in the midst of what he saw as an impassive, inscrutable universe.