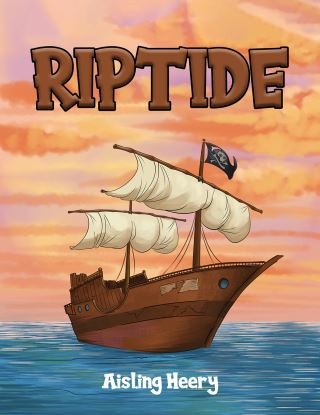 Amber has bought paint from the old lady in the curio shop that makes magic pictures. Join her adventure when her painting of a pirate ship comes to life in her bedroom. She helps her new pirate friends find the treasure on a mysterious island as they are attacked by strange creatures there. In return, the pirates help Amber find a way back to her bedroom.

Aisling Heery: Aisling is an avid reader and has found the enjoyment of reading to be fulfilling and imaginative. She has read many novels including the Harry Potter series several times and loves the style and imagery of J K Rowling. The imagery from this series formulated in her mind which led to her writing her own short stories. Her ability to generate imagery in her writing shows her talents even at such an early age. After writing Riptide and receiving such positive feedback, she has started to think about how a sequel might come from this story. She is also writing other short stories on the characters in this story. Aisling is also working on a novel that will be for older readers.