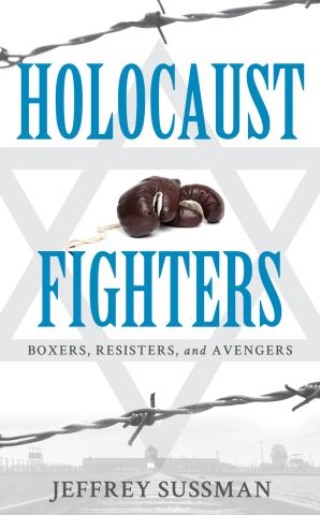 A remarkable portrait of the heroic people who faced the threat of extermination by the Nazis and resisted by any means possible—whether through boxing, exposing the reality of death camps, armed guerrilla attacks, or deadly acts of vengeance.

In Holocaust Fighters: Boxers, Resisters, and Avengers, Jeffrey Sussman shares the riveting stories of those who fought back against the Nazis. The lives of five boxers who were forced to fight for their lives while imprisoned in concentration camps are explored in depth, followed by the stories of those who managed to escape captivity and reveal the truth about the death camps. Sussman also depicts in fascinating detail the acts of the Avengers, a military unit that hunted down and killed Nazi war criminals. The final portraits are of the prosecutors who brought the Nazi leaders to justice, those same leaders who watched Jewish and Gypsy boxers beat each other for their own personal entertainment.

Holocaust Fighters is an incredible account of the many ways people resisted Nazi rule, providing moving portrayals of the resilience of the human spirit even in the face of incredible horrors.

Jeffrey Sussman is the author of 15 nonfiction books. His most recent titles include Max Baer and Barney Ross: Jewish Heroes of Boxing; Rocky Graziano: Fists, Fame, and Fortune; Boxing and the Mob: The Notorious History of the Sweet Science; and Big Apple Gangsters: The Rise and Decline of the Mob in New York, all published by Rowman & Littlefield. Sussman is president of Jeffrey Sussman Inc., a marketing and PR firm.