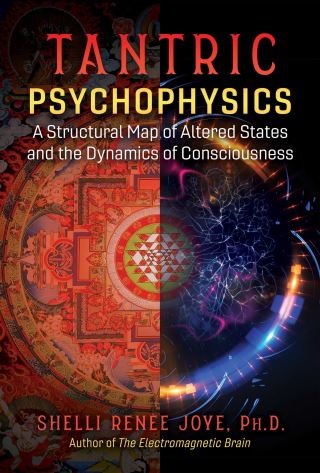 A Structural Map of Altered States and the Dynamics of Consciousness

• Presents a wide-ranging collection of practical techniques, as well as numerous figures and diagrams, to facilitate navigation of altered states of consciousness and heightened mystical states

Throughout the millennia shamans, saints, and yogis have discovered how the brain-mind can be reprogrammed to become a powerful instrument facilitating access to higher states of consciousness. In particular, the written Tantric texts of India and Tibet describe, in extraordinarily precise detail, interior transformations of conscious energy along with numerous techniques for stimulating, modulating, and transforming consciousness to reach increasingly higher states and stages of awareness.

In this in-depth examination of esoteric Tantric practices, Shelli Renée Joye, Ph.D., presents a wide-ranging collection of psychophysical techniques integrating Tibetan Vajrayana and Patanjali’s Yoga to induce altered states of consciousness for the exploration of heightened mystical states. Sharing numerous figures and diagrams, she shows how these theories and techniques are not only fully supported by modern biophysics, brain science, and quantum physics but are also in line with the work of Rudolf Steiner, G. I. Gurdjieff, Pierre Teilhard de Chardin, Aurobindo Ghose, Max Planck, and David Bohm. The author also shares insights from her own personal practices for consciousness exploration, which include prayer, mantra, emptying the mind, psychedelics, yoga, and visualization of interior physiology.

Offering a structural map of the dynamics of consciousness, Joye reveals that one can develop new ways of tuning and directing consciousness to reach extraordinary modes of being and intense levels of lucid awareness, the requisites for the direct exploration of supersensible dimensions and sailing in the ocean of consciousness.

Shelli Renée Joye: Shelli Renée Joye, Ph.D., attended Rice University on a physics scholarship and graduated with a degree in Electrical Engineering. After graduation, she worked with John Lilly on interspecies communication and pursued contemplative practice with Chögyam Trungpa Rinpoche. She completed her doctorate in Philosophy, Cosmology, and Consciousness at the California Institute of Integral Studies. The author of several books, including Tuning the Mind, she lives in Viola, California.