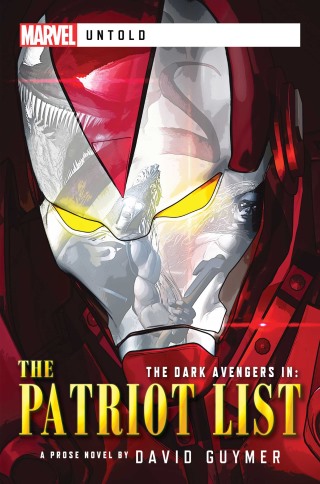 S.H.I.E.L.D. is gone, the Avengers have fallen. All that stands in defence of the world are its greatest villains, the Dark Avengers, in this high-octane adventure from the Marvel Untold line

Under Norman Osborn’s jurisdiction, the Avengers have been secretly re-formed with a cabal of deadly super villains. This is Osborn’s chance to finally put the Green Goblin behind him and become the Iron Patriot the world needs him to be. But villains aren’t easy to wrangle into the place of heroes – doing damage control for his new line-up constantly puts his empire at risk. When S.H.I.E.L.D. loyalists break into Avengers Tower and steal the secret list of replacements for his team of maniacs, the threat to his reign becomes intolerable.  Osborn unleashes the worst of the worst to crush those responsible… It’s hard to be a hero!

David Guymer: DAVID GUYMER is a scientist and writer from England. His work includes many novels in the New York Times-bestselling Warhammer and Warhammer 40,000 universes, notably Headtaker and Gotrek & Felix: Slayer, and the bestselling audio drama Realmslayer. He has also contributed to fantastical worlds in video games, tabletop RPGs, and board games.