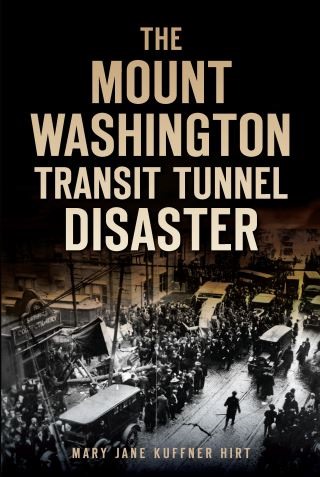 On Christmas Eve 1917, an overcrowded, out-of-control streetcar exited the Mount Washington tunnel, crashing into pedestrians. Twenty-three were killed and more than eighty injured in the worst transit incident in Pittsburgh history. The crash scene on Carson Street was chaotic as physicians turned the railway offices into a makeshift hospital and bystanders frantically sought to remove the injured and strewn bodies from the wreckage. Most of the victims, many women and children, were from the close-knit neighborhoods of Knoxville, Beltzhoover and Mount Oliver. In the aftermath, public outrage over the tragedy led to criminal prosecution, civil suits and the bankruptcy of the Pittsburgh Railways Company, which operated the service. Author Mary Jane Kuffner Hirt explores the tragic history of the Mount Washington transit tunnel disaster.

Mary Jane Kuffner Hirt: Mary Jane Kuffner Hirt, Professor Emerita, Indiana University of Pennsylvania (IUP), taught graduate and undergraduate political science and public administration courses for twenty-eight years. She also has worked as a city manager and local government administrator. Dr. Hirt has a BA in government and public service from IUP and master's and doctoral degrees from the University of Pittsburgh's Graduate School of Public & International Affairs. Over the last fifteen years, as a family historian, her research and writing has focused primarily on her colonial-era Scots-Irish ancestors' migration to America and investigating the Mount Washington tunnel accident. Dr. Hirt currently works as a local government consultant and lives in Harmar, a suburb north of Pittsburgh.