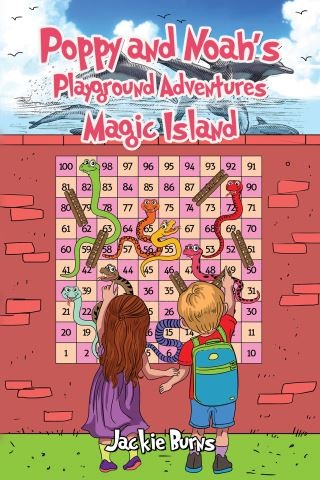 Poppy and Noah have become best friends after Noah moved into Poppy’s village from a large town. They often play snakes and ladders during the lunch break in the school playground. One day they land on the same square they are taken on a magical adventure to another world. In this adventure they land on a desert island where they talk and swim with animals and trees. Noah finds a treasure map and the children go on a journey to find the treasure.

Jackie Burns: Hello children, I’m a mother of two grown-up children and, like Noah, I have moved to a small village near the sea. When I was at school I struggled sometimes and often found myself daydreaming about some adventure or another. I later discovered myself to be dyslexic but I never gave up chasing dreams.