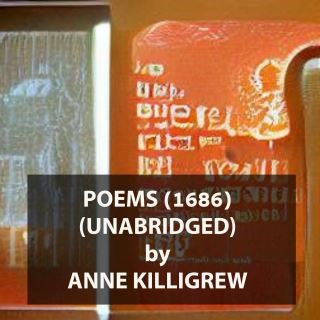 These are the original, tender and thoughtful poems of a young female artist who lived and died in seventeenth century London -- only 70 years after William Shakespeare. Her diction is readily accessible to listeners after almost 350 years and the subjects on her mind we can imagine on the minds of educated young women today. She writes often of love, broken hearts and the beauty of reason and self-control -- as if she knew the Age of Enlightenment was just around the corner. She also opines intelligently and optimistically on death and the soul although she mentions God seldomly. More commonly she betrays her familiarity with Ovid referencing Greek nymphs and heroes while projecting herself in the scene in a charming girlish way. Her poetic prowess was noticed by critics who openly doubted a mere girl could write with such touching originality on her own. Her rejoinder verse in this collection shows admirable restraint and conclusivity. One only wonders what would have followed as she matured and what artistic output of Miss Killigrew the world has done without. She died of smallpox in her twenty-fifth year. - Summary by Arthur Krolman