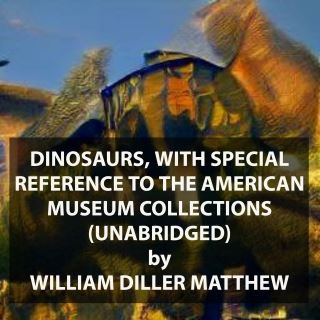 Dinosaurs, With Special Reference to the American Museum Collections (UNABRIDGED)

America has had a fascination with dinosaurs, particularly since the wild enthusiasm of Jurassic Park and its sequels. The term "dinosaur" was coined in 1841 by the Victorian scientist Sir Richard Owen. By the end of the 19th century, geologists and paleontologists had described fossil skeletons of many groups, and museums competed for the best dinosaur fossils. In this 1915 book, famed paleontologist William Diller Matthew describes fossils from the American museum collections, including the carnivores such as Tyrannosaurus Rex, the amphibious plant eaters such as Brontosaurus, and the horned dinosaurs such as Triceratops. A perfect primer for those who are intrigued by the giants that ruled the earth before mammals. - Summary by Jeffery Smith