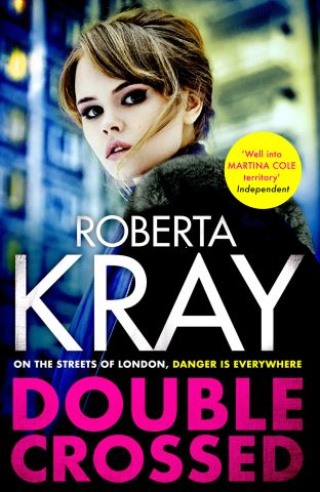 ON THE STREETS OF LONDON, DANGER LURKS EVERYWHERE . . .

Liv Anderson can take care of herself and she knows how to make money in a man's world. The daughter of a convicted murderer, she's made her way in one of the roughest parts of London by entrapping men and extorting them for money. But Liv is playing a dangerous game and soon finds herself in trouble with the city's most notorious gangster . . .

To repay her debt, Liv is forced to pose as a secretary for a local property developer and report back on his movements. She has no idea what she's looking for, but she'll do anything to stay alive. And after the murder of a local prostitute and the disappearance of a friend, Liv is starting to think survival may be harder than she realised.

But Liv isn't only concerned with repaying her debt - she also wants to know more about her father. As she desperately tries to uncover the truth about his past, her suspicious behaviour places her in grave danger. But when you're working with gangsters, who can you trust?

Full of the same danger and grit as its London setting, this is bestselling author Roberta Kray at the top of her game. Get ready for a KILLER read . . .

'I absolutely love a Roberta Kray book . . . gangland at its finest'
'Highly recommended to all . . . You will not be disappointed!'
'A gritty crime novel that you can't put down . . . do yourself a favour and read it'
'Roberta Kray really knows her stuff. Gritty gangland is her forte . . . Recommendation is high for this one. 5*'
'If you love gangster books, this one is for you . . . another winner for the author'

Roberta Kray: Through her marriage to Reggie Kray, Roberta Kray has a unique and authentic insight into London's East End. Roberta met Reggie in early 1996 and they married the following year; they were together until Reggie's death in 2000. Roberta is the author of many previous bestsellers including No Mercy, Dangerous Promises, Exposed and Survivor.