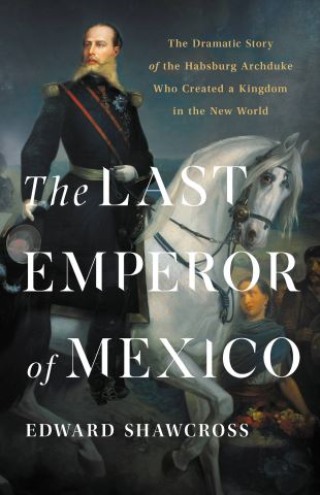 The Last Emperor of Mexico

The true operatic tragedy of Maximilian and Carlota, the European aristocrats who stumbled into power in Mexico—and faced bloody consequences.

In the 1860s, Napoleon III, intent on curbing the rise of American imperialism, persuaded a young Austrian archduke and a Belgian princess to leave Europe and become the emperor and empress of Mexico. They and their entourage arrived in a Mexico ruled by terror, where revolutionary fervor was barely suppressed by French troops. When the United States, now clear of its own Civil War, aided the rebels in pushing back Maximilian’s imperial soldiers, the French army withdrew, abandoning the young couple. The regime fell apart. Maximilian was executed by a firing squad and Carlota, secluded in a Belgian castle, descended into madness.

Assiduously researched and vividly told, The Last Emperor of Mexico is a dramatic story of European hubris, imperialist aspirations clashing with revolutionary fervor, and the Old World breaking from the New.