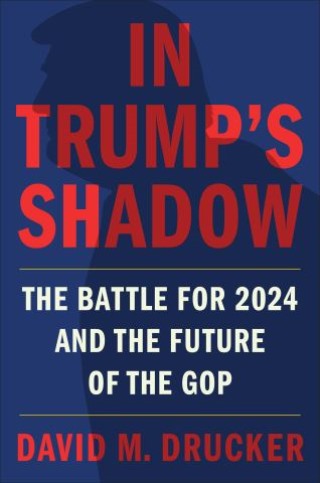 The Battle for 2024 and the Future of the GOP

Based on extensive reporting, a Game of Thrones-like telling of what comes next for the factions and families within the Republican Party as they plot for supremacy in the post-Trump era.

With Trump’s four years in the White House now in the rearview, an unprecedented period in American political history is concluded. The transition, however, has set off a mad scramble for control of a Republican Party that for so long has reflected the domineering image of one man—and might even still in the years ahead. Who emerges from the warring factions and familial rivalries that proliferated and quietly festered during Trump’s presidency could determine the fate of the GOP for a generation, and the first hint of what’s to come begins with the 2024 campaign to crown the first Republican nominee, and national party leader, of the post-Trump era.

With Trump’s exit, a singular era in American political history has ended—and the Republican Party, whose identity had for so long been centered around one man, will be forced to redefine itself for the future.

Featuring profiles of everyone from Mike Pence, Mike Pompeo, and Nikki Haley to Marco Rubio, Ted Cruz, and those in the Trump family, IN TRUMP’S SHADOW tells the story of a GOP under—and after—the forty-fifth president, and all of those jousting for influence over the party’s direction in the wake of Donald Trump.

David M. Drucker is a senior correspondent for the Washington Examiner, where he focuses on Congress, campaigns, and national political trends. Prior to joining the Washington Examiner, he was a reporter for Roll Call, a newspaper in Washington, D.C. Before joining Roll Call, Drucker covered California politics, and Gov. Arnold Schwarzenegger, from the Sacramento bureau of the Los Angeles Daily News. Drucker graduated from UCLA with a BA in history, and spent eight years managing a family-run manufacturing business in Southern California, giving him a unique perspective on how what happens inside the Beltway affects the rest of the country. Drucker is a Vanity Fair contributing writer and regular on cable news and nationally syndicated radio programs. A native of Los Angeles, Drucker resides on Capitol Hill with his wife and two sons.