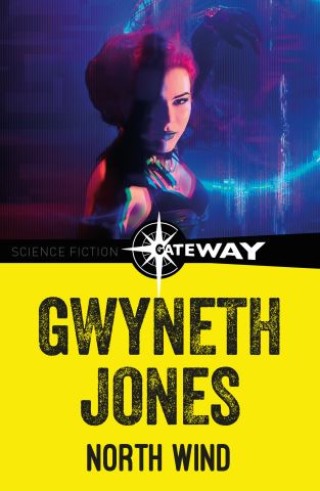 The earth changed forever when the Aleutians landed. A hundred years after the invasion, the planet is firmly under extra-terrestrial rule. While the aliens pursue a form of immortality, small bands of human rebels still try to fight back.

Bella is an Aleutian, with a limited understanding of human cultures and gender. Their expectations of society and life are shaped by their own upbringing. But then they meet Sidney Carton, a human. Bella learns quickly as the pair scour the war-ravaged ruins of Europe to find the last vestige of human technology that could be the only hope for saving civilisation as it still exists.

Gwyneth Jones: Gwyneth Jones lives in Brighton with her husband and son. She won the Arthur C. Clarke Award for BOLD AS LOVE; CASTLES MADE OF SAND was shortlisted for the British Science Fiction Award. She is the previous winner of the James Tiptree Memorial Award and two World Fantasy Awards; four of her previous books have been shortlisted for the Arthur C. Clarke Award.She has also won the Pilgrim Award, for lifetime achievement in SF scholarship; the BSFA Short Fiction Award, for 'La Cenerentola'; and, as Ann Halam, the Children of the Night Award from the Dracula Society, for The Fear Man.