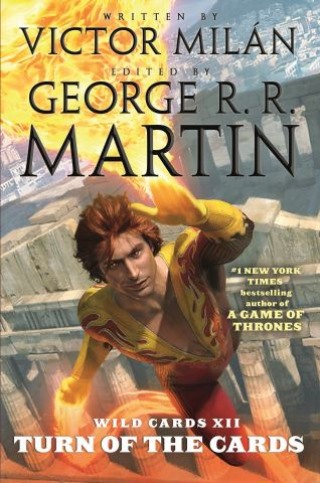 Rights to develop Wild Cards for TV have been acquired by Universal Cable Productions, the team that brought you The Magicians and Mr. Robot, with the co-editor of Wild Cards, Melinda Snodgrass as executive producer.

Pursued by the CIA, the DEA, and the Wild Card mistress of the winds, Mistral, renegade biochemist Mark Meadows uses the three personalities buried in his psyche to outwit his pursuers. Fleeing across Europe and Asia, Mark meets a Vietnam veteran with an astounding plan—to lead an army of jokers in a war of conquest. Caught between jokers who despise him and nationalists who want him dead, Mark must decide whether to unleash his ace powers for a madman’s bloody dream, or to stay true to his peaceful ideals—and die.

George R. R. Martin: George R. R. Martin has been a full-time writer for over 25 years. He is the author of the acclaimed, internationally bestselling fantasy series A Song of Ice and Fire, which is the basis of HBO's popular Game of Thrones television series. Martin has won multiple science fiction awards, including 4 Hugos, 2 Nebulas, the Bram Stoker, the Locus Award, the World Fantasy Award, the Daedelus, the Balrog, and the Daikon (Japanese Hugo).