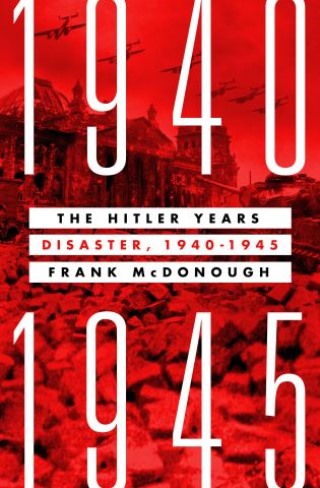 The Second Volume of a new chronicle of the Third Reich under Hitler's hand, ending with his death and Germany's disastrous defeat.

At the beginning of 1940, Germany was at the pinnacle of its power. By May 1945, Hitler was dead and Germany had suffered a disastrous defeat. Hitler had failed to achieve his aim of making Germany a super power and had left her people to cope with the endless shame of the Holocaust. Despite Hitler's grand ambitions and the successful early stages of the Third Reich's advances into Europe, Frank McDonough convincingly argues that Germany was only ever a middle-ranking power and never truly stood a chance against the combined forces of the Allies.

In this second volume of The Hitler Years, Professor Frank McDonough charts the dramatic change of fortune for the Third Reich and Germany's ultimate defeat.

Frank McDonough: Frank McDonough is a recognised authority on Anglo-German relations and is Professor of International History at Liverpool John Moores University. A prolific writer, his books include Neville Chamberlain, Appeasement and the British Road to War (1998); The Holocaust (2008); and Sophie Scholl: Heroine of the German Resistance (2009).