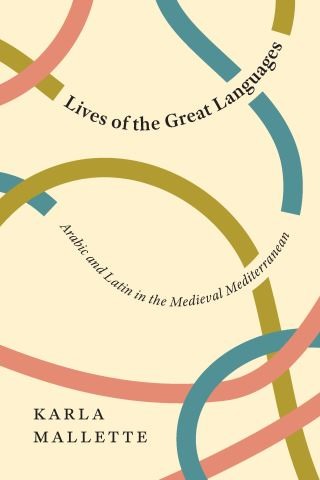 Lives of the Great Languages

Arabic and Latin in the Medieval Mediterranean

The story of how Latin and Arabic spread across the Mediterranean to create a cosmopolitan world of letters.

In this ambitious book, Karla Mallette studies the nature and behaviors of the medieval cosmopolitan languages of learning—classical Arabic and medieval Latin—as they crossed the Mediterranean. Through anecdotes of relationships among writers, compilers, translators, commentators, and copyists, Mallette tells a complex story about the transmission of knowledge in the period before the emergence of a national language system in the late Middle Ages and early modernity.

Mallette shows how the elite languages of learning and culture were only tenuously related to the languages of everyday life. These languages took years of study to master, marking the passage from intellectual childhood to maturity. In a coda to the book, Mallette speculates on the afterlife of cosmopolitan languages in the twenty-first century, the perils of monolingualism, and the ethics of language choice. The book offers insight for anyone interested in rethinking linguistic and literary tradition, the transmission of ideas, and cultural expression in an increasingly multilingual world.