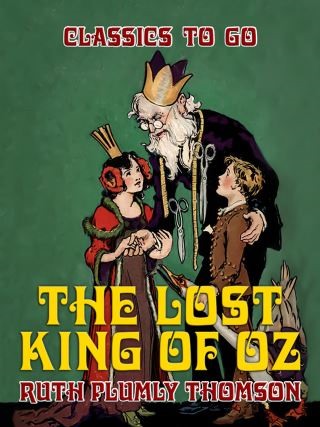 The Lost King of Oz

The Lost King of Oz (1925) is the nineteenth in the series of Oz books created by L. Frank Baum and his successors, and the fifth written by Ruth Plumly Thompson. It was Illustrated by John R. Neill. Old Mombi, formerly the Wicked Witch of the North, is now a cook in the land of Kimbaloo. One day she comes across Pajuka, the former prime minister of Oz, transformed by Mombi into a goose years before. She sets out to find Pastoria, the king of Oz, whom she also enchanted in the past. However, she has forgotten what shape she transformed Pastoria into. She kidnaps a local boy called Snip as her unwilling assistant and bearer of burdens. Eventually deciding, however, that he knows too much, Mombi throws Snip down a well; he ends up in Blankenburg, populated by the invisible Blanks. Snip meets and soon rescues Tora, an amnesiac old tailor. Tora has been held prisoner for many years by the Blanks, to do their tailoring; he has compensated by sending his detachable ears flying about the countryside to hear the news.