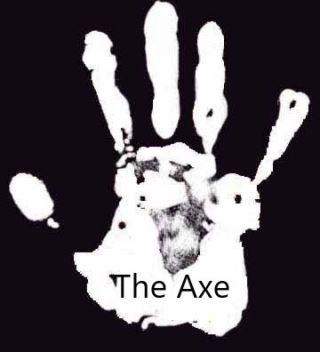 Two peculiar mechanics in any garage of any town in Spain discover, in the car they are trying to fix, something that will change their humdrum lives and that will get out their darker side.
Violence is increasingly present in our daily lives, in our workplace, in our relationships and especially in the media. Gradually serious events like a terrorist attack are becoming in our daily bread, which makes us more increasingly insensitive to them.  The play aims to be a mirror in which the spectator looks and recognizes that dark side that none of us are willing to see: Really you would not be able to kill someone? Are we all so civil as not to cross the line that would make us terrorists? How much blame the media have all these? To what extent are we able to exercise this violence on ourselves?.

Antonio Morcillo Lopez: I was born in Albacete (Spain) and there I began to act and write theatre. I wrote my first play, El Hacha(The Ax), for a local theatre company and it was published by Ñaque Editora in 1998. One year later, my second play, Los Carniceros (The Butchers), won the Marques de Bradomín Prize. That year I started  the studies in playwriting and directing theatre at the Institut del Teatre (Barcelona). During my studies, the Spanish Playwrights Association published three plays in one edition (2000).
My plays Despedida II (Farewell II), En experimentos con ratas (In experiments with rats) and Bangkok (Bangkok) have won the Spanish Society of Authors and Publishers Theatre Prize (SGAE) in 2001, 2008 and 2013. All published by Fundacion Autor. Anothers published plays are Días maravillosos (Wondeful days) by Hiru Editorial, 2004 and Firenze by Arola Editors, 2008.
Recently, my play Bangkok has been produced and staged in Barcelona and Madrid, http://cdn.mcu.es/espectaculo/bangkok/. July and November, 2015.
Now I have finished writing 2 new plays, Nacimiento (Birth) and Constanza, and I'm looking for the way to produce them and bring them to the stage.