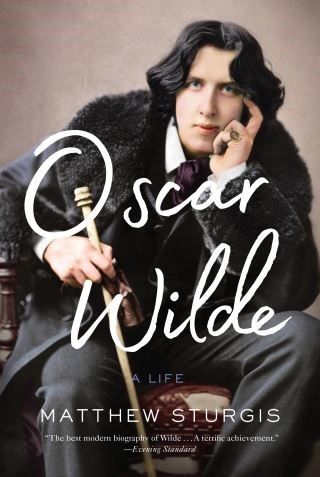 The fullest, most textural, most accurate—most human—account of Oscar Wilde's unique and dazzling life—based on extensive new research and newly discovered materials, from Wilde's personal letters and transcripts of his first trial to newly uncovered papers of his early romantic (and dangerous) escapades and the two-year prison term that shattered his soul and his life.

Drawing on material that has come to light in the past thirty years, including newly discovered letters, documents, first draft notebooks, and the full transcript of the libel trial, Matthew Sturgis meticulously portrays the key events and influences that shaped Oscar Wilde's life, returning the man "to his times, and to the facts," giving us Wilde's own experience as he experienced it.

Here, fully and richly portrayed, is Wilde's Irish childhood; a dreamy, aloof boy; a stellar classicist at boarding school; a born entertainer with a talent for comedy and a need for an audience; his years at Oxford, a brilliant undergraduate punctuated by his reckless disregard for authority . . . his arrival in London, in 1878, "already noticeable everywhere" . . . his ten-year marriage to Constance Lloyd, the father of two boys; Constance unwittingly welcoming young men into the household who became Oscar's lovers, and dying in exile at the age of thirty-nine . . . Wilde's development as a playwright. . . becoming the high priest of the aesthetic movement; his successes . . . his celebrity. . . and in later years, his irresistible pull toward another—double—life, in flagrant defiance and disregard of England's strict sodomy laws ("the blackmailer's charter"); the tragic story of his fall that sent him to prison for two years at hard labor, destroying his life and shattering his soul.

Matthew Sturgis: MATTHEW STURGIS is the author of acclaimed biographies of Aubrey Beardsley and Walter Sickert, and has written for The Times Literary Supplement, The Daily Telegraph, and The Independent on Sunday.