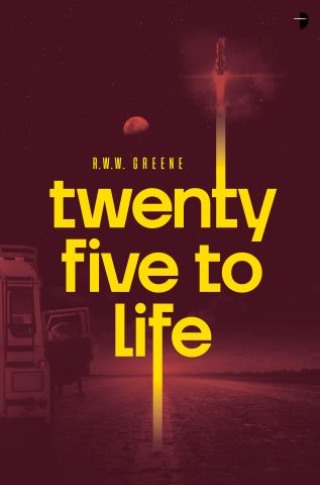 Life goes on for the billions left behind after the humanity-saving colony mission to Proxima Centauri leaves Earth orbit ... but what's the point?

Julie Riley is two years too young to get out from under her mother's thumb, and what does it matter? She's over-educated, under-employed, and kept mostly numb by her pharma emplant. Her best friend, who she's mostly been interacting with via virtual reality for the past decade, is part of the colony mission to Proxima Centauri. Plus, the world is coming to an end. So, there's that.

When Julie's mother decides it's time to let go of the family home in a failing suburb and move to the city to be closer to work and her new beau, Julie decides to take matters into her own hands. She runs, illegally, hoping to find and hide with the Volksgeist, a loose-knit culture of tramps, hoboes, senior citizens, artists, and never-do-wells who have elected to ride out the end of the world in their campers and converted vans, constantly on the move over the back roads of America.

File Under: Science Fiction [ #VanLife | Driving Out and Growing Up | No (wo)man left behind | Cube Route ]

R.W.W. Greene: R.W.W. Greene is a New Hampshire USA writer with an MA in Fine Arts, which he exorcises in dive bars and coffee shops. He is a frequent panelist at the Boskone Science Fiction and Fantasy Convention in Boston, and his work has been in Stupefying Stories, Daily Science Fiction, New Myths, and Jersey Devil Press, among others. Greene is a past board member of the New Hampshire Writers' Project. He keeps bees, collects typewriters, and lives with writer/artist spouse Brenda and two cats.