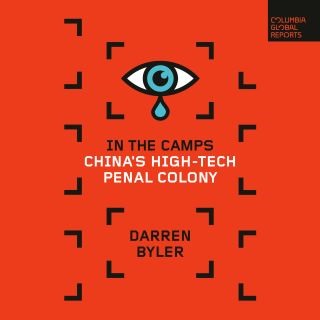 Novel forms of state violence and colonization have been unfolding for years in China’s vast northwestern region, where more than a million and a half Uyghurs and others have vanished into internment camps and associated factories. Based on hours of interviews with camp survivors and workers, thousands of government documents, and over a decade of research, Darren Byler, one of the leading experts on Uyghur society and Chinese surveillance systems, uncovers how a vast network of technology provided by private companies―facial surveillance, voice recognition, smartphone data―enabled the state and corporations to blacklist millions of Uyghurs because of their religious and cultural practice starting in 2017. Charged with “pre-crimes” that sometimes consist only of installing social media apps, detainees were put in camps to “study”―forced to praise the Chinese government, renounce Islam, disavow families, and labor in factories. Byler travels back to Xinjiang to reveal how the convenience of smartphones have doomed the Uyghurs to catastrophe, and makes the case that the technology is being used all over the world, sold by tech companies from Beijing to Seattle producing new forms of unfreedom for vulnerable people around the world.

Darren Byler: Anthropolist Darren Byler is a postdoctoral researcher in the ChinaMade project at the University of Colorado, Boulder. Trained in Uyghur and Chinese language and cultural systems, his research focuses on Uyghur dispossession, infrastructual power and 'terror capitalism' in Xinjiang. His writing has appeared in Asia-Pacific Journal, Contemporary Islam, Central Asian Survey, and the Journal of Chinese Contemporary Art.He has provided expert testimony on Uyghur human rights issues and writes a regular column on these issues for SupChina. Byler writes and curates the digital humanities art and politics repository The Art of Life in Chinese Central Asia, which is hosted at livingotherwise.com. He received his PhD in anthropology at the University of Washington. Follow him on twitter @dtbyler