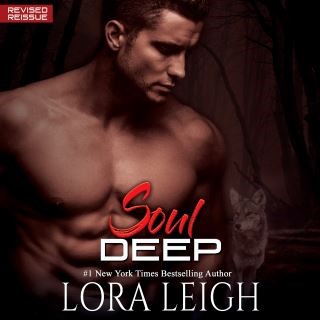 Book One in the Coyote Breeds series.

Mother Nature has a way of making the most unlikely couples 'fit'. And what could be more unlikely than a sassy, independent President's daughter who doesn't know when to keep her mouth shut and a loner Coyote Breed with a hunger for a cute rosebud mouth that he's determined to still.

The vote for Breed Law is coming down the pike. Kiowa's job is to watch Amanda, the President's daughter; look, but not touch. Just make sure the Goof Troop, the Secret Service detail assigned to protect her, do their job until the law is passed. But when they don't and the bad guys move in to take her out, Kiowa reluctantly slips in to the rescue, snatching her away to safety. But she isn't going to come easy, and it takes more than smooth talking to make her see his point of view.

For a man who's had nothing, Amanda Marion is food for the hunger that has tortured him, the reality to every dream Kiowa never dared believe in. What he feels for her is more than heat, more than love. She breathes life into his hardened heart, melting the icy chill that has protected him all his life, and touches a part of him that he thought had died his soul. And now he'll kill anyone who tries to take her away from him. But the one person he can't fight is Amanda, and when she wants to leave...

Lora Leigh: Lora Leigh is a #1 New York Times–bestselling romance author known for the Breeds series and the Nauti Boys series. Most days, she can be found in front of her computer weaving daydreams while sipping the ambrosia of the gods, also known as coffee. When not writing or thinking about writing, Lora, a Kentucky native, enjoys gardening, fishing, and hiking with her husband and children.

Brianna Bronte is an audiobook narrator known for Wake A Sleeping Tiger, Bengal's Quest, Since I Saw You, Rule Breaker, and many more. You can follow Brianna Bronte on twitter @briannabronte