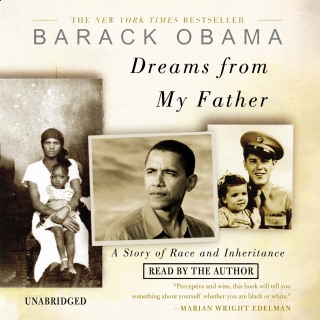 Dreams from My Father

A Story of Race and Inheritance

In this iconic memoir of his early days, Barack Obama “guides us straight to the intersection of the most serious questions of identity, class, and race” (The Washington Post Book World).

In this lyrical, unsentimental, and compelling memoir, the son of a black African father and a white American mother searches for a workable meaning to his life as a black American. It begins in New York, where Barack Obama learns that his father—a figure he knows more as a myth than as a man—has been killed in a car accident. This sudden death inspires an emotional odyssey—first to a small town in Kansas, from which he retraces the migration of his mother’s family to Hawaii, and then to Kenya, where he meets the African side of his family, confronts the bitter truth of his father’s life, and at last reconciles his divided inheritance.

Barack Obama: Barack Obama was the 44th president of the United States, elected in November 2008 and holding office for two terms. He is the author of three New York Times bestselling books, Dreams from My Father, The Audacity of Hope, and A Promised Land and is the recipient of the 2009 Nobel Peace Prize. He lives in Washington, D.C., with his wife, Michelle. They have two daughters, Malia and Sasha.