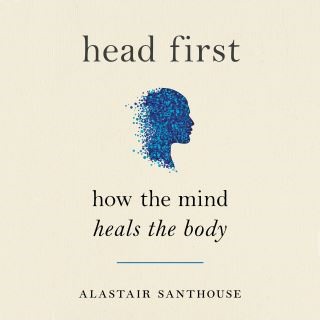 How The Mind Heals The Body

In the tradition of Lori Gottlieb and Henry Marsh, a distinguished psychiatrist examines his own practice.


Alastair Santhouse knew something was wrong the night he was on call during his medical training and got the news that a woman on the way to the ER had died in the ambulance. That meant he could go back to sleep! But he couldn't. He was overtaken with the sense that his joyful reaction was terrible failure. That night began his long journey away from the ER and into psychiatry.

Head First chronicles Santhouse's many years treating patients and his exploration of the ways in which our minds exert a huge and underappreciated influence over our health. They shape our responses to symptoms that we develop, dictate the treatments we receive, and influence whether they work. They even influence whether we develop symptoms at all.

Written with brutal honesty, deep compassion, and a wry sense of humor, Head First examines difficult cases that illuminate some of our most puzzling and controversial medical issues--from the tragedy of suicide, to the stigma surrounding obesity, to the mysteries of self-induced illness. Ultimately he finds that our medical model has failed us by promoting specialization and overlooking perhaps the single most important component of our health: our state of mind.

Alastair Santhouse: Alastair Santhouse is a consultant psychiatrist at both The Maudsley Hospital and Guy's Hospital in London. He studied medicine at the University of Cambridge before entering a postgraduate medical training scheme at the Royal London Hospital. In 1996 he retrained as a psychiatrist at the Maudsley Hospital. He is a fellow of both the Royal College of Physicians and the Royal College of Psychiatrists. Born in Manchester, Santhouse lives in London with his wife and four children.