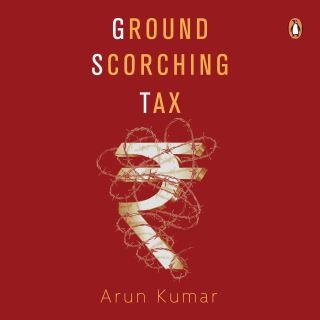 On 1 July 2017, Goods and Services Tax (GST) became a reality. The government hailed it as the biggest tax reform of independent India which would herald a new freedom for the nation and unify it with 'One Nation One Tax'. Some of the claims made by the government were that GST would bring about ease of doing business; increase tax collection; lower inflation; increase GDP growth by 1-2 per cent; and check the black economy.
More than a year later, we have more questions than answers.
Why did the economy slow down?
Is the government likely to collect more taxes?
Why have prices continued to rise?
Why has Malaysia withdrawn GST?
Turns out that problems with GST are both transitional and structural. To correct for these there have been a few hundred notifications and orders from the government which have added to the confusion.
In this book, well-known economist Arun Kumar explains the reality behind GST. Known for not pulling any punches, the author explains why GST is a double-edged sword for the common man, why it will increase inequality across sectors and regions, why it will hurt small businesses-everything the government does not want you to know.

Arun Kumar: Arun Kumar is a well-known economist and country's leading authority on the black economy. He has written, studied and lectured extensively on this subject for nearly four decades. He was educated at Delhi University, Jawaharlal Nehru University (JNU) and Princeton University. He taught economics at JNU for three decades and retired in 2015.

Kumar's focus areas include public finance, development economics, public policy and macroeconomics. His work has been published widely in these areas, both in the popular press and academic journals. He is currently the Malcolm Adiseshiah chair professor at the Institute of Social Sciences, New Delhi.