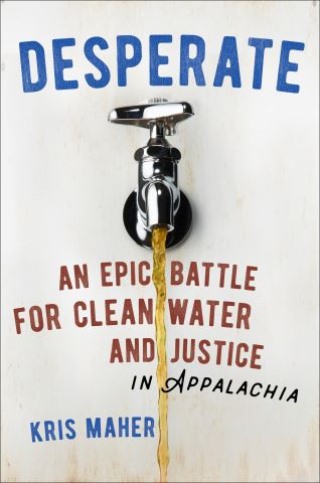 An Epic Battle for Clean Water and Justice in Appalachia

For two decades, the water in the taps and wells of Mingo County didn’t look, smell, or taste right. Could it be the root of the health problems—from kidney stones to cancer—in this Appalachian community? Environmental lawyer Kevin Thompson certainly thought so.

For seven years, he waged an epic legal battle against Massey Energy, West Virginia’s most powerful coal company, helmed by CEO Don Blankenship. While Massey’s lawyers worked out of a gray glass office tower in Charleston known as “the Death Star,” Thompson set up shop in a ramshackle hotel in the fading coal town of Williamson. Working with fellow lawyers and a crew of young activists, Thompson would eventually uncover the ruthless shortcuts that put the community’s drinking water at risk.

A respected preacher and his brother, retired coal miners, and women whose families had lived in the area’s coal camps for generations, all put their trust in Thompson when they had nowhere else to turn. As he dug deeper into the mystery of the water along a stretch of road where the violence from the legendary Hatfield-McCoy feud still echoes, he was pulled into the darkest corners of Mingo County, risking his finances, his marriage, his career, and even his safety.

Bringing to life a rich cast of characters and the legacy of coal mining in an essential yet often misunderstood part of America, Desperate is a masterful work of investigative reporting about greed and denial, a revealing portrait of a town besieged by hardship and heartbreak, and an inspiring account of one tenacious environmental lawyer’s mission to expose the truth and demand justice.

Kris Maher: Kris Maher has been a staff reporter for The Wall Street Journal since 2005, writing about environmental issues, coal mining, labor, regional economics, and other topics. He has reported on the Flint water crisis, PFAS drinking water contamination, and Massey Energy’s Upper Big Branch Mine disaster. More recently, he wrote about the pandemic’s effect on families coping with remote learning. He covered the trials of Jerry Sandusky, Bill Cosby, and Don Blankenship and has also written features for the Journal’s front-page “A-hed” column on topics ranging from extreme pogo athletes to the coldest town in the US. He lives in Pittsburgh with his son and daughter. Follow him on Twitter: @Kris_Maher