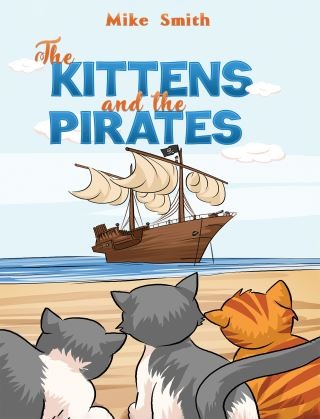 The Kittens and the Pirates

The exciting adventure of three small kittens as they take on a shipload of pirates. Following the capture of Midge, Woody and Tom think of a plan to rescue him. Sadly, they too are caught, but with the help of the resident rats and mice, they form an alliance to overcome the pirates to obtain freedom and return home.

Mike Smith: Following early retirement from the insurance industry, Mike moved to a small Essex coastal village. It was here that he joined a creative writing group where he was able to express his interest in writing short stories. In 2011, two small kittens came into his life and it was watching them play together that lead to the first kitten story. There are now ten in the series which were originally for his grandchildren. Mike now lives on the Isle of Wight.