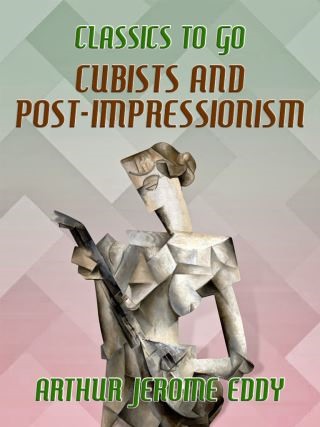 Excerpt: "Since the exhibit at the Columbian Exposition (1893) nothing has happened in the world of American art so stimulating as the recent INTERNATIONAL EXHIBITION OF MODERN ART. New York and Chicago, spring of 1913. “Stimulating” is the word, for while the recent exhibition may have lacked some of the good, solidly painted pictures found in the earlier, it contained so much that was fresh, new, original—eccentric, if you prefer—that it gave our art-world food for thought—and heated controversy. Art thrives on controversy—like every human endeavour. The fiercer the controversy the surer, the sounder, the saner the outcome."

Arthur Jerome Eddy: Arthur Jerome Eddy (November 5, 1859 - July 21, 1920 in New York City, New York) was an American lawyer, author, art collector, and a prominent member of the first generation of American Modern art collectors. His book Cubists and Post-Impressionism was the first American book promoting these new art movements and the work of Wassily Kandinsky. Eddy's collection was distinguished by the inclusion of German expressionists and Wassily Kandinsky.