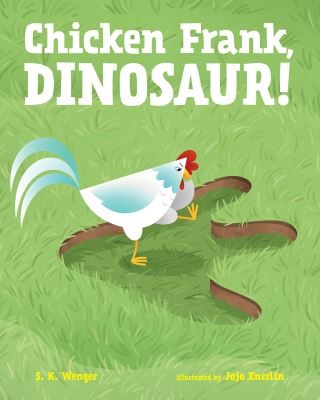 Chicken Frank wants to prove he’s related to a T.rex—because of evolution!—but none of the other farm animals believe him, until he gets his DNA test results. This comic-book style picture book combines information with humor to explore the concept of evolution and the connection between birds and dinosaurs.

S. K. Wenger has written books for the educational market and poems for Babybug and Cricket magazines. As an award-winning science teacher in Northern Utah with an MS from Colorado State University, she is delighted to share a humorous picture book that touches on the evolutionary link between chickens and dinosaurs.